The second international airport will be opened in Hungary 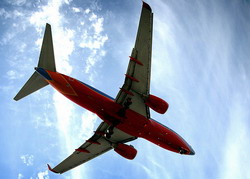 The second international airport will be opened in Hungary
(1.4) marks: 13

The opening of international air traffic through the new Alba airport is scheduled to the first half of 2010. The new airport is designed to compete with existing international Ferihegy Airport, which is owned by German company Hochtief. The airport will be used primarily by budget airlines, which will surely affect the cost of flights to the reduction of prices compared to Ferihegy Airport. Charter flights as well as flights of pan-European destinations will be serviced through the new airport.

The airport will be located next to Highway M7, which connects Budapest and the Croatian border. Székesfehérvár - the administrative center of the region is 8 kilometers away from it, and Lake Balaton - 40 kilometers west from the new airport.

does anyone know what is happening at sarmellek airport? Noone seems to have any idea