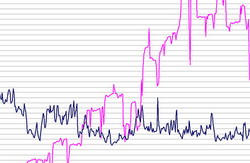 According to the Hungarian Central Statistical Office, during the first half of 2008 the country was visited by about 17 million tourist form all around the world, which is 2% less than during the same period last year. Foreigners in total spent 40 million days in Hungary, which is 9% less than the same period last year. Another interesting fact: foreign tourists had spent 12% less money than during the first half of the last year. And euro exchange rate fell from 266 to 229 forints (official currency in Hungary).

Meanwhile, every Hungarian citizen on average travel abroad 7.9 times. This factor is located on the same level as in the last year. The amount of expenditure of them abroad was 302 forints. And only 60% of this sum was spent in the field of tourism and tourist services.