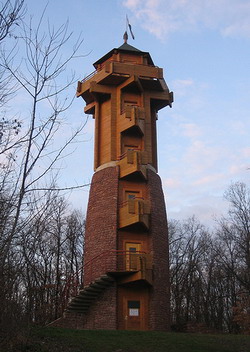 Only years later, after the construction of a church, people populated the region and many centuries later, the wine has appeared at the mountain slopes. Both ferry service and vineyards with wine production characterize present life in Revfulop. Since the thirties of the 20th century the city started to play an important role for the shore.

A stroll through this city quickly reveals the importance of the large community here on the northern shore, at the foot of Fülöp hill. With shine, cleanliness, the Filip Town Square - the center of Revfulop - impresses even when covered with snow in winter. It is not surprising that many scientists, teachers, officers and even the city officials chose to build their villas just here. Many of these villas are available for renting, apartments and houses have all the conveniences, comply with the highest standards and often even their own pool.

Along the beach shore so-called bathhouses are still located, on a pier right on the water. Unlike other places, Revfulop surprises with parks in direct connection to the shore area and with a relatively extensive network of cycle paths along the shore and up to Fülöp Hill.

Fülöp Hill is one of the most sought-after destinations around Revfulop. Approximately 274 m high hill stands in the middle of the forest area, and on the top of it there is a lookout tower. Due to its original appearance, and plenty of balconies the view from it is really thrilling. You will see the play of colors with the sun, the water of Lake Balaton, green forests and red roofs of Revfulop - this panorama at any time of a day looks differently.

Maybe the former glory Revfulop has almost disappeared, like the ruins of the Roman church with Ecser Arch are the last reminders of the pride, anyways Revfulop today is a resort, and looks completely different.